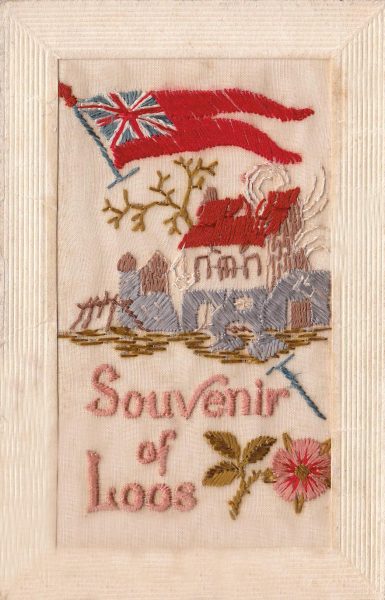 Loos Trenches were constructed during WWI by the Divisional Military Authorities in Blackpool on land bounded by Lytham Road, Watson Road and the railway line. They were exact replicas of those actually used in the Loos District of Flanders, France.

Remnants of the trenches still exist today as the planted flower and tree beds. 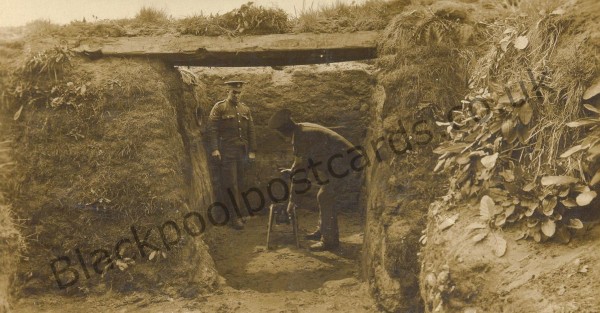 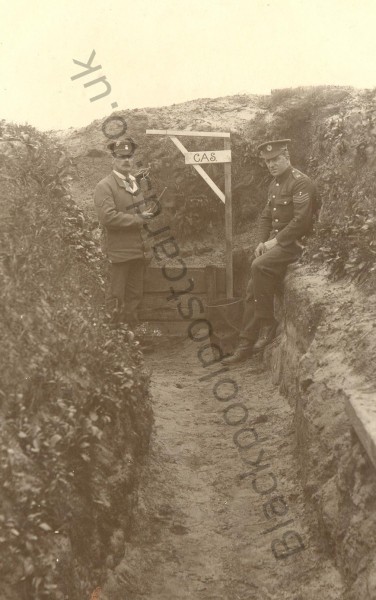 Gas Alarm, Soldier in the act of Striking Gas Gong 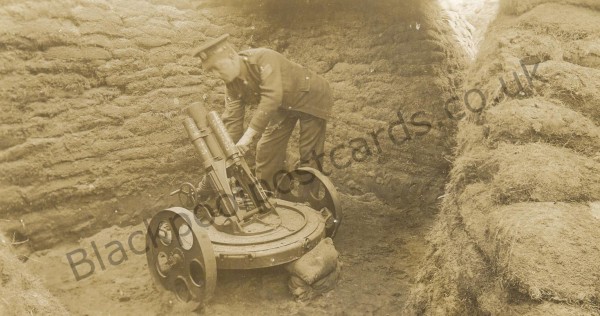 French Mortar Position. This gun was captured on the Somme by the 6th Division, August 1916 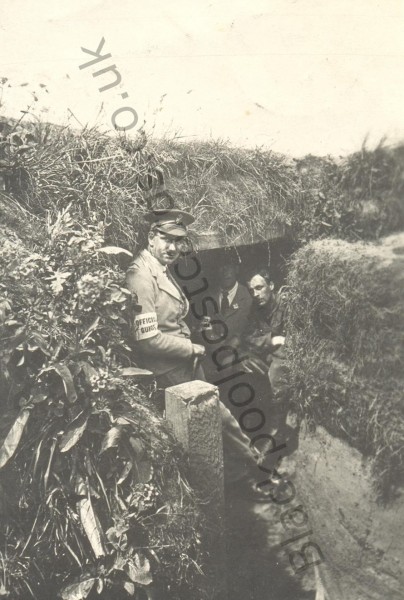 Sniper’s Box – These are provided with small concealed openings through which the snipers can fire. Note the ‘OFFICIAL GUIDE’ , armband 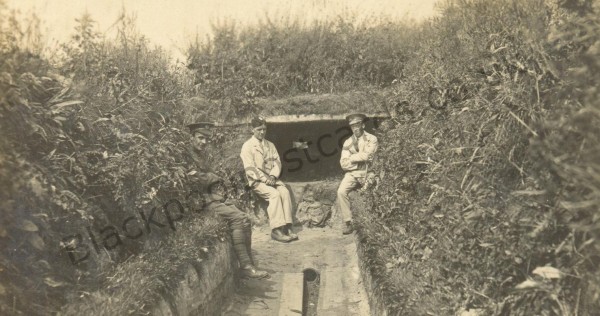 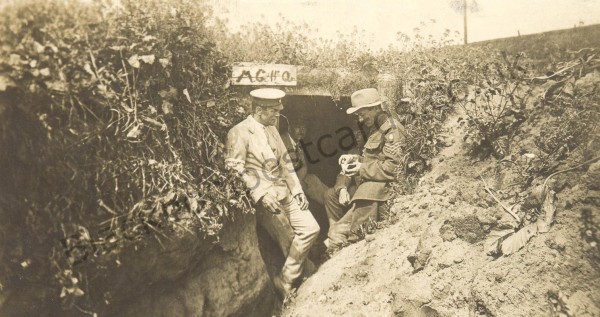 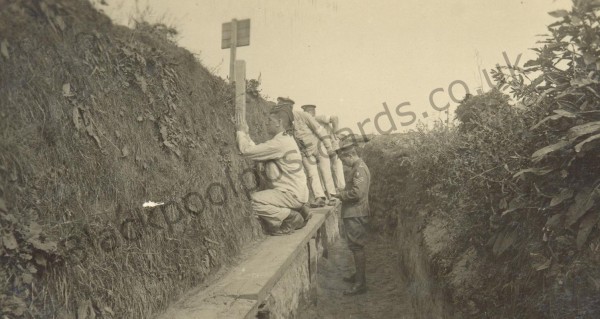 Showing the method of using a Trench Periscope Machine Gun Emplacements from Front, showing how little a gun is exposed in the direction of the enemy.

These guns are usually arranged in batteries of four guns each in an emplacement of this nature. 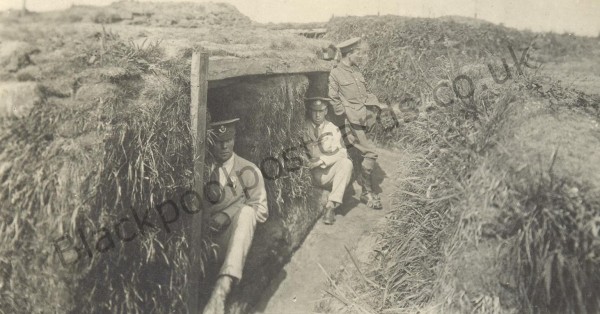 Telephone Dugouts, these are situated in the Front Line Trenches and are connected up with Battalion Headquarters, wires have been tested and repaired every day, often under shell fire. 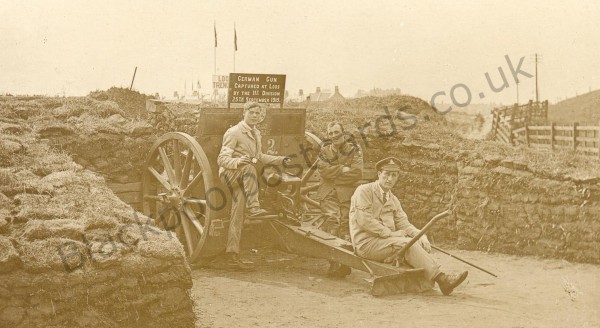 This gun is the 18 pounder field  gun, known as ‘Wizz Bang’. The emplacement is to mask the position of the gun and to protect the gunners. 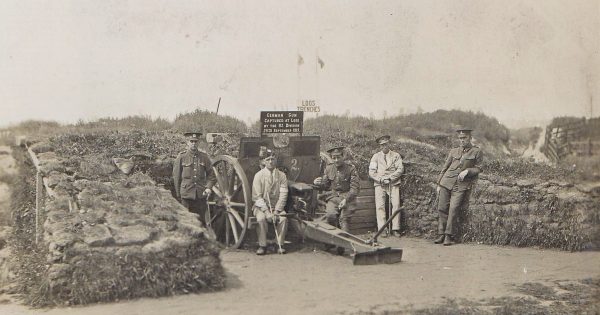 Another view of the 18 Pounder field  gun, known as ‘Wizz Bang’ 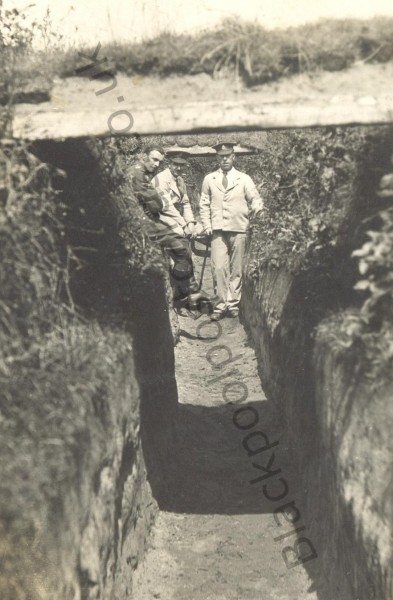 Support trench running behind the front line firing trenches. The overhead cover affords protection from high explosives and is used as a roadway during an advance.