The Wheel, the Gigantic Wheel, the Big Wheel , the Great Wheel and the Jolly Wheel are some of the names given to this huge attraction. Built by Arrol Brothers and opened by James Pearson. 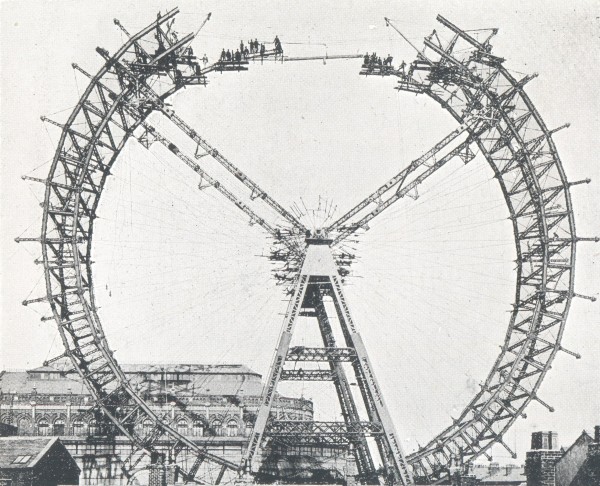 Next to the Tower, this was Blackpool’s most outstanding landmark for more than thirty years. This massive structure rising 220 feet into the air and weighing the best part of 1,000 tons, was erected over a former bowling green and opened to the public on the 22nd August 1896 . The axle, weighing 36 tons rested on eight columns set in 9 feet concrete. 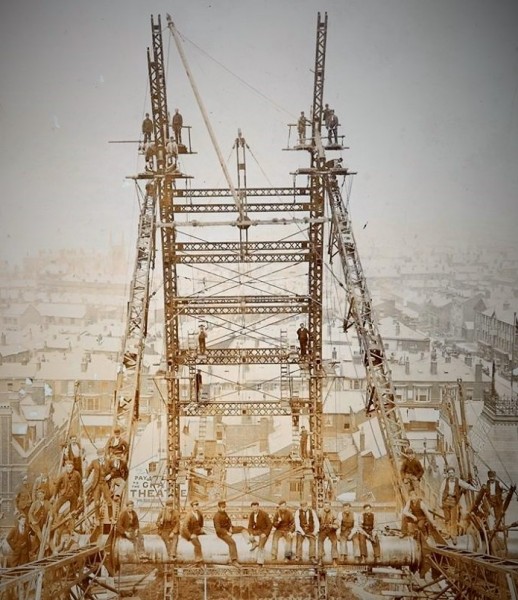 There were 30 carriages each capable of holding 30 or more passengers, and featured a car equipped with a ping-pong table.

Then the decision was taken by the Winter Gardens Company on 31st May 1928 ; the contracts for demolition on 12th October, and on the 20th October 1928, the wheel made its last trip. 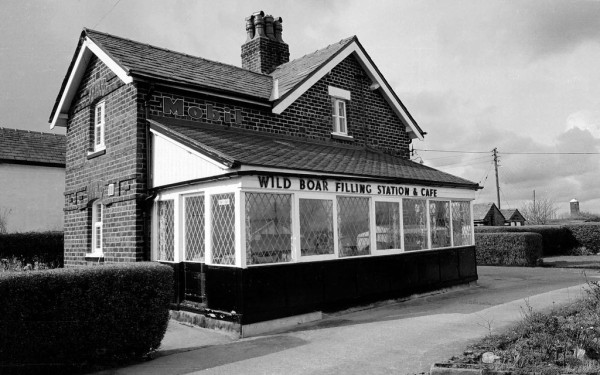 The carriages were sold by public auction on the 29th October 1928. The last one in existence served as “The Big Wheel Café” in the countryside near Out Rawcliffe and is now a simple sun lounge. 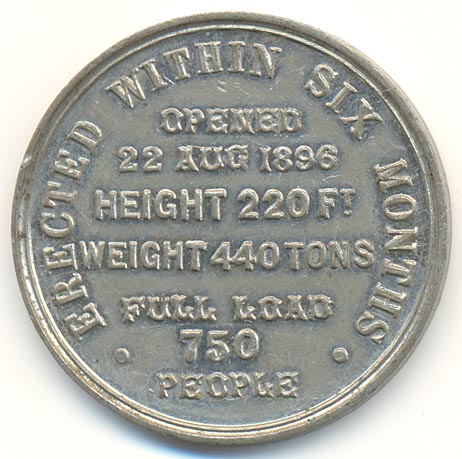 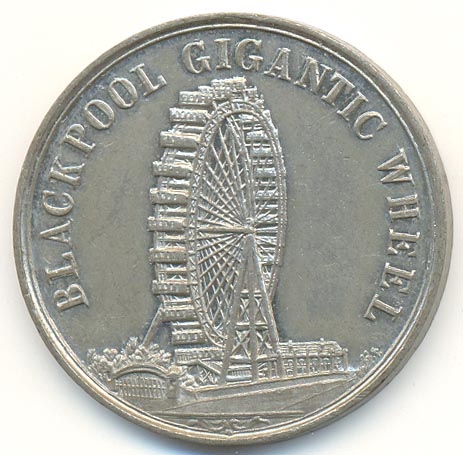 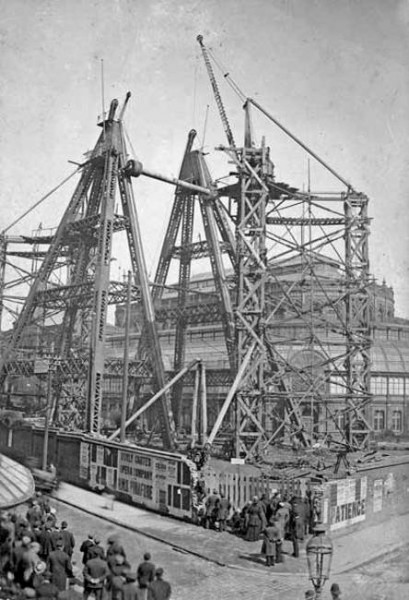 The steel axle was the largest and most solid in Europe. It weighed 36 tons, measured 41 feet in length, 5 feet 3 inches across flanges, and 2 feet 2 inches along the length. 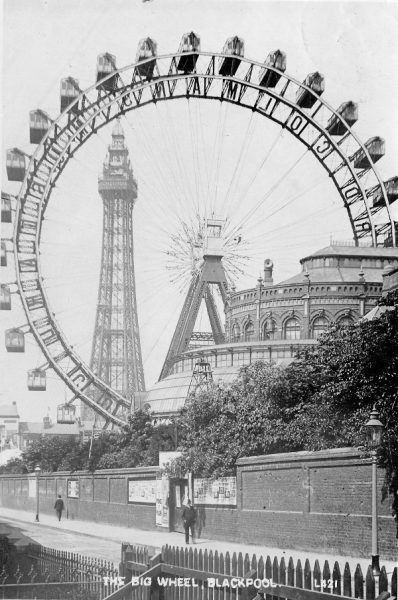 A brilliant view from Adelaide Street of the Big Wheel with the Tower in the background. The advertisement for COLMAN’S MUSTARD can be seen around the edge of the wheel. 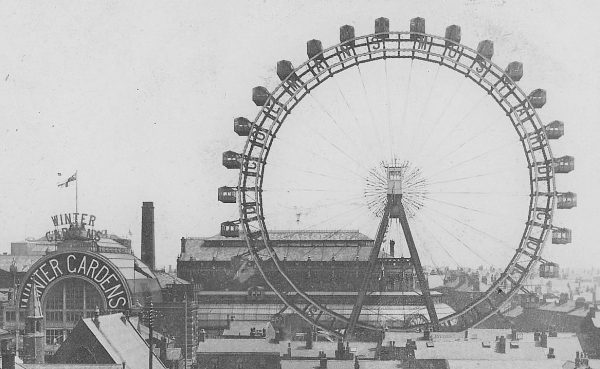 The Great Wheel  from the Tower. Most of the buildings in the foreground are now the site of  the Hounds Hill Shopping Centre. Advertisement around the wheel is clear. 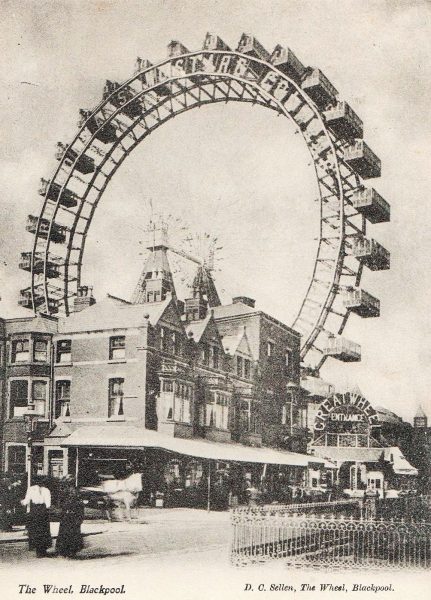 The Wheel. The block of buildings were still present until they were demolished in February 2011. 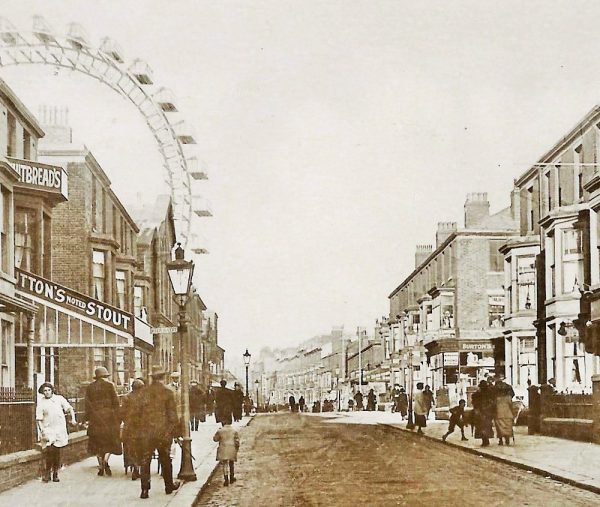 A view which has changed greatly. Hounds Hill shopping centre occupies the site where the photographer is stood on Adelaide Street, with Debenhams now on the right. 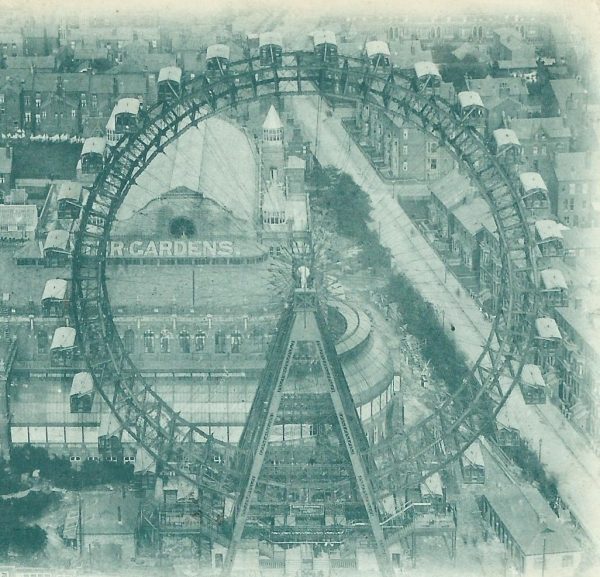 The Wheel in the grounds of the Winter Gardens

To the left can be seen the early Victoria Street entrance 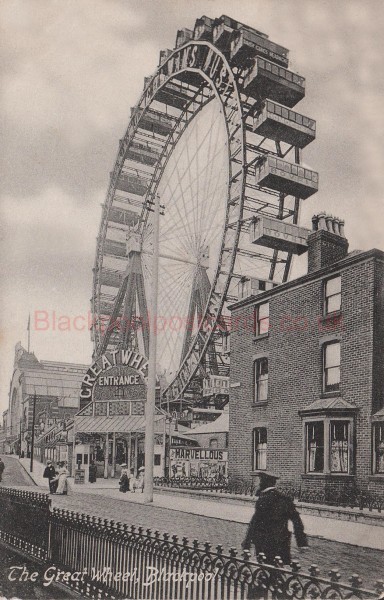 The Great Wheel as seen from Coronation Street. The advertisements for BOVRIL are on the side of the carraiges 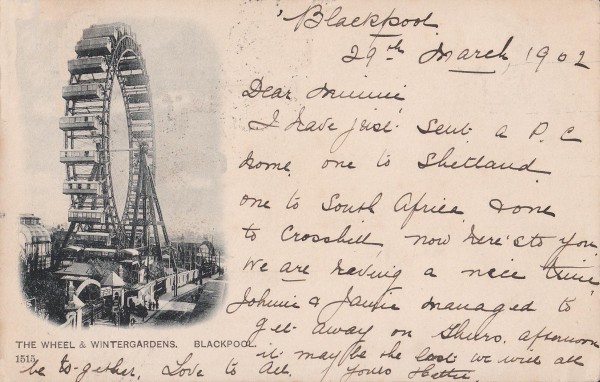 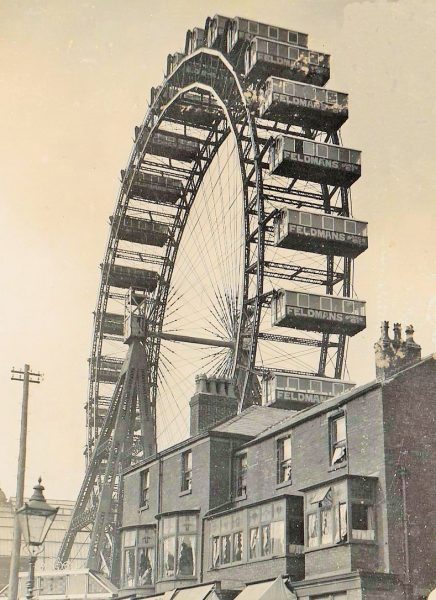 A view from Coronation Street which shows how big this attraction was. The advertisement for FELDMANS on the carriages. The buildings look much the same today. 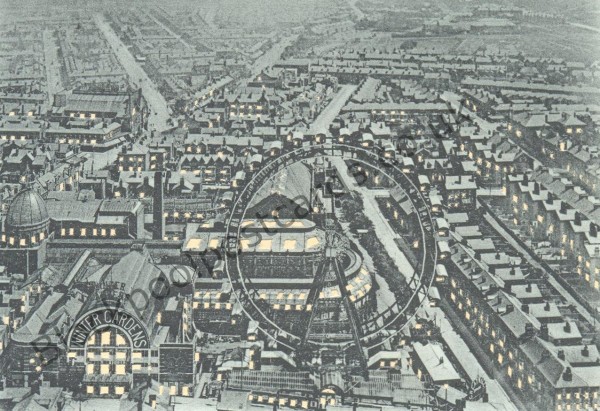 ‘Hold to light’ postcard including the Big Wheel and Winter Gardens 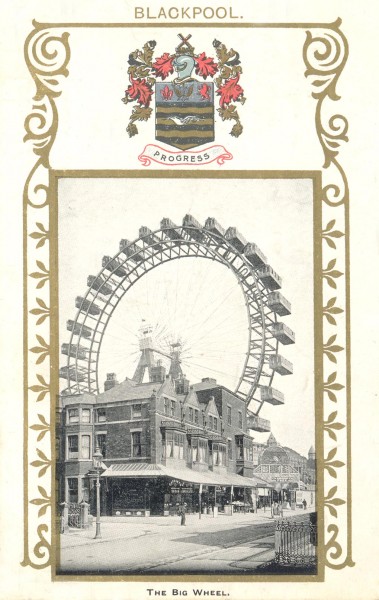 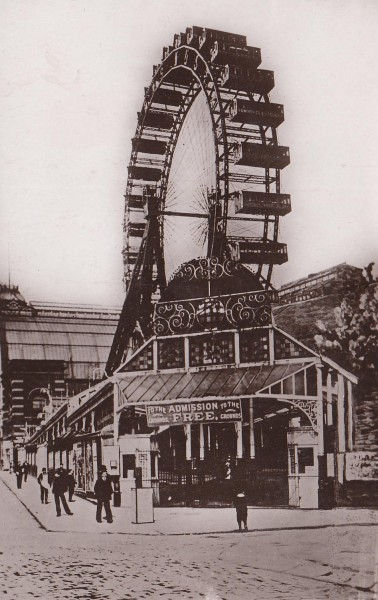 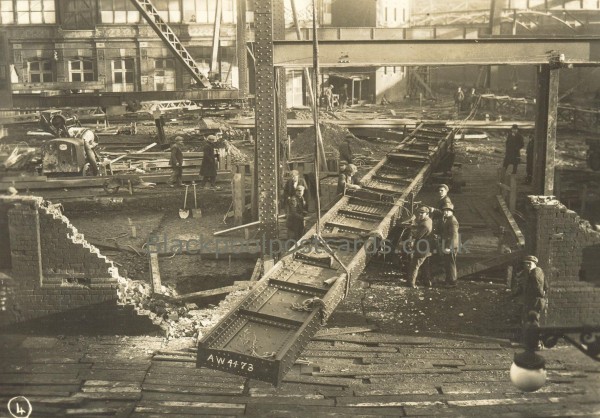 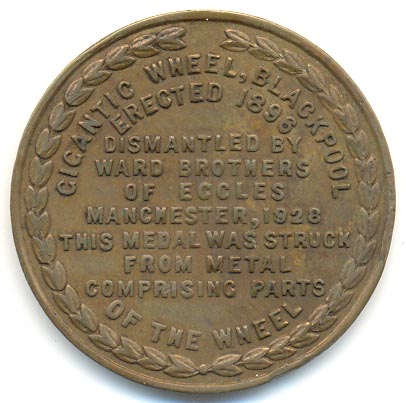 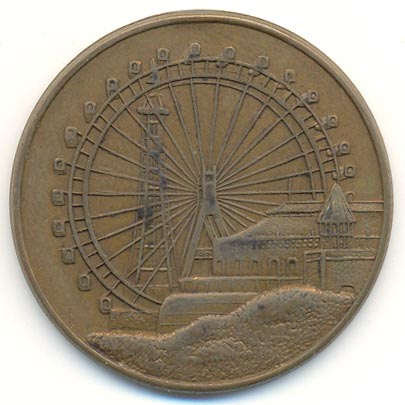 The Wheel was dismantled in 1928. This medal was struck from metal comprising parts of the wheel 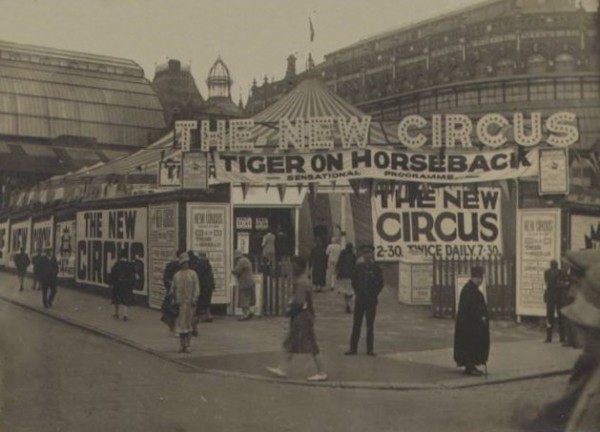 Demolition of the Wheel was completed by June 1929 and the following month a circus occupied its site. 1929 saw the inauguration of the extensive improvement schemes that have given the Winter Gardens much of their present ambiance. The Tower Company presented Karl Cossmy’s Circus on the Winter Gardens Big Wheel site starting in 1929. Among the acts were tigers on horseback.